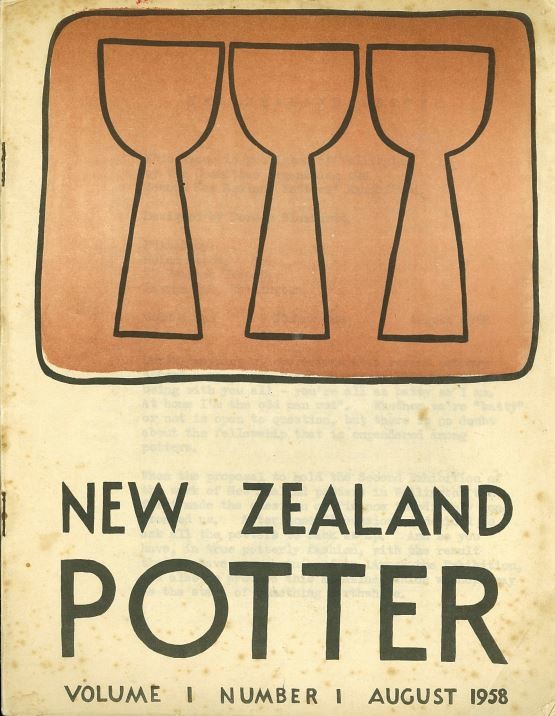 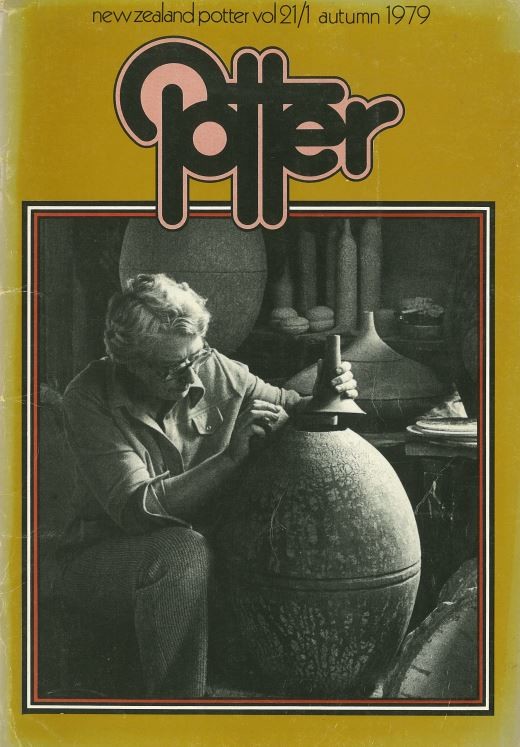 The first New Zealand studio pottery exhibition was held at Otago Museum in 1957, organised by Otago-based potter Oswold Stephens. Fifteen of New Zealand’s foremost studio potters were invited to take part. The result prompted Stephens, and fellow potters Helen Mason, Doreen Blumhardt, Lee Thomson and Terry Barrow to form a committee to organise a second exhibition in Wellington and the publication of a national magazine, New Zealand Potter, which was intended to help with the financing and coordination of the national shows. The Editorial Committee continued to run both the magazine and national exhibition from 1958–63 until their activities had become too large to administrate on their own.

The New Zealand Society of Potters (later NZ Potters Inc) was officially established in 1965 to support that first Editorial Committee and create a national council for the pottery community. This consisted of one person from the editorial committee and council representatives from regions around the country. Membership was by selection to the national exhibitions or by application, and only a high standard of work was accepted. The first AGM was held in Dunedin to ratify the new constitution with Murial Moody standing as president for the first two years.

Over the years the society grappled with the issue of membership eligibility and standards. The growing question of shifting from an exclusive art society to an organisation that supported the greater community of makers continued to be controversial right up into the 1980s. At the 1981 AGM held alongside the symposium Ceramics ’81,  selected membership was abolished in an attempt to adapt to remain viable and meet the needs of all potters.

Between 1988–89 membership to the society reached its peak (between 600–800 members) after then president, Rick Rudd and the Council successfully advocated for the government to lower ACC fees, a recent increase which had unfairly affected potters.

In 2018 the society was renamed the Ceramics Association of New Zealand (Ceramics NZ), as part of a recent redevelopment plan to remain relevant and engaged with the changing community. It continues to act as an inclusive national body that provides exhibiting opportunities, education and a national magazine, and serves all New Zealanders that have an interest in pottery and ceramics.